This post touches on perhaps the most significant figure in the history of Luxembourg. Grand Duchess Charlotte de Luxembourg is the proverbial “mother of Luxembourg”.

Grand Duchess Charlotte de Luxembourg – Who Was the “Mother of the Nation”?

Exiled to the USA during the Nazi Germany occupation of Luxembourg, Grand Duchess Charlotte would almost single-handedly convince President Roosevelt to enter World War II before Pearl Harbor ever occurred. People champion Charlotte as having saved her nation from the tyranny of Nazi Germany and then rebuilding it from the ground up into the prosperous nation-state it is today. 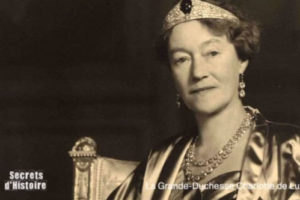 One cannot understand modern-day Luxembourg without understanding the story of “the mother of the nation”. To this day, Luxembourg celebrates its national holiday on her birthday. Her people widely revered her. Citizens knew her for her strong sense of humor, personal touch, and a classic fondness for pearls. She would reign from the conclusion of World War I until 1964 and passed away in 1985.

For these reasons and more, we are so thrilled about the French history TV series. Dual French-Luxembourgish citizen Stephen Bern hosts the series, called Secrets d’histoire (Secrets of History). They recently did a major exposé on Charlotte of Luxembourg and the story of the royal family of Luxembourg. We hope to have the opportunity soon to share this video with all our clients. But, for a preview here in French, please visit http://www.dailymotion.com/video/x2j23g4. For more information about Charlotte, please visit https://en.wikipedia.org/wiki/Charlotte,_Grand_Duchess_of_Luxembourg.

EDIT 4/15/2018: LuxCitizenship is happy to announce that in a worldwide first, we have translated and sub-titled the Charlotte of Luxembourg episode of Secrets d’histoire. We’re happy to share this video with all of our clients under contract. If you haven’t yet gotten your access to the subtitled video about the Grand Duchess, please get in contact with the team.