Did you know that Luxembourg has its own superhero? If you have never heard of De Superjhemp (sometimes written Superchamp in English), you’re in for a treat.

Superjhemp was first launched in 1988 as a superhero in a comic strip. The character was first created by illustrator Roger Leiner and writer Lucien Czuga. Since then, he has appeared in over 29 graphic novels that have the highest sales rate for Luxembourgish publications. 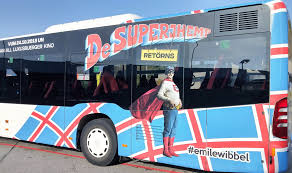 Superjhemp is a comedic anti-hero meant to be a parody of superheroes that take themselves too seriously, like Superman. Because Superjhemp has always been published in the Luxembourgish language and is full of jokes playing on the national culture in Luxembourg Superjhemp has experienced unprecedented success in Luxembourg. It is hard to get a lot more self-deprecating than Superjhemp, which has made him an unbeatable point of reference in Luxembourg culture. 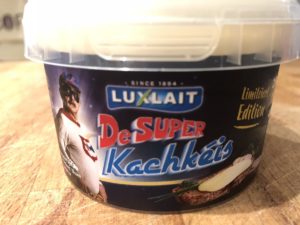 Superjhemp occurs in a parallel universe in the “Little Duchy of Luxusbuerg”, which is a country led by the “Little Duke” (vs. Grand Duke in reality) and First Minister (versus Prime Minister). Beneath the superhero’s mask, Charles Kuddel is a civil servant working at the “Ministry for Unresolved Issues”. This ministry joke is a play on the fact that over 60% of Luxembourgish citizens work for the Government. Superjhemp is a portly character who can fly and has super strength. His superpowers come from Kachkéis, a cooked cheese that is historically popular and typical in Luxembourg. He flies around with his hands in his pockets, “because every real Luxembourger has his hands in his pockets,” according to his creator.

Because of the comic story’s wildly popular place in Luxembourg culture, it made sense to turn the comic book into a film.

The project was launched by Samsa Films, Luxembourg’s largest film production company. The 2018 film’s producer is Claude Warringo, and the director is Félix Koch, both native Luxembourgers. It took 30 days to shoot the film. However, with a 3.5 million Euro budget, De Superjhemp Retörns had the highest production budget in Luxembourg film history. The film also had the highest box office takehome for a Luxembourg film in the country’s history, beating out American superhero blockbusters like Avengers: Infinity War and The Incredibles 2. It is also considered the most popular film in the Luxembourgish language.

In De Superjhemp Retörns, André Jung, who is well known on German TV, plays our hero. In the film, it has been a long number of years since the “Little Duchy of Luxusbuerg” has seen their harrowed superhero. Charles Kuddel lives with his “as-normal-as possible” family in Luxusbuerg. There is one thing not so normal about the family. Charles forbids them from eating any lactose, especially Kachkéis.

At the start of the film, we find the “the Little Duke, Luke” about to be crowned monarch after his father’s tragic accident. When the Little Duke’s crown disappears, the Little Duchy has one person they can turn to: Superjhemp! A now much older Charles Kuddel has to decide his place in helping his country.

We recently had the opportunity to finally get our hands on a copy of De Superjhemp Retörns. It is absolutely hilarious and full of Luxembourgish inside jokes that anyone who knows a good bit about the culture will appreciate.

Fortunately, the film is also available with English subtitles. Unfortunately, it is not possible at this time to purchase or stream the film online outside of Luxembourg. You can find the DVD of De Superjhemp Retörns in bookstores throughout Luxembourg City.

Samsa Films is also behind one of our favorite Luxembourgish TV Series, “Capitani” which is available with English subtitles. Click here to stream the series.

Update 12/17/2021: For the first time ever, De Superjhemp is currently streaming on Amazon Prime Video in the United States under the name Superchamp Returns! This is the first time Luxembourg’s biggest budget film in its history is available in the US. The film is included for anyone with a Prime Membership. Click here to stream the movie on Amazon Prime.