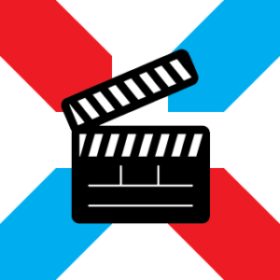 Interested to learn more about how and why to become a Dual Citizen of Luxembourg? What comes next? Check out our LuxCitizenship videos to learn more.

LuxCitizenship seeks to educate those interested in gaining Luxembourg nationality. Therefore, American descendants of Luxembourgers and children of Luxembourg-born parents alike will find purpose here. Find out about the different paths to Luxembourg Citizenship. Our resources and expertise can help you get there.

LuxCitizenship Video: Why Become a Citizen of Luxembourg?

The reasons might surprise you. For instance, Luxembourg boasts the highest average income in the world. Additionally, you can also find a global top 200 university that costs $600 a semester here. Amazingly, these things just begin to explain what Luxembourg has to offer.

In January 2019, RTL and its program De Journal featured a special report on LuxCitizenship and the new American-Luxembourgers who are reclaiming citizenship in Luxembourg.

RTL follows LuxCitizenship Founder Daniel Atz. In the video, he accompanies a new applicant through the citizenship declaration process. Daniel also presents findings from a 2018 LuxCitizenship study on the new American-Luxembourgers. Watch for a look into what LuxCitizenship involves itself in today.

RTL wanted to understand “why someone from the world’s strongest country would want to become a citizen of little Luxembourg”. As a result, the report features LuxCitizenship founder Daniel Atz immersing himself in Luxembourg’s culture. He is seen here cooking one of Luxembourg’s national dishes, Bouneschlupp. Above all, LuxCitizenship is happy to present the video for the first time with English subtitles.

When the above report on the new American-Luxembourgers broadcasted in Luxembourg, a long-lost relative that Daniel Atz did not know about saw the special report.

Annette Heinen couldn’t believe her eyes when she saw a 1950’s-era photo of her aunt on TV. She immediately contacted RTL to put the two in touch. RTL followed Daniel on his journey as he came to Luxembourg to meet his long-lost family for the first time. Because of this, an inspirational story of newfound long-distance connection ensued.

The videos displayed above are sourced from YouTube.com. All videos on this page are Copyright and the property of their respective owners and YouTube channels.