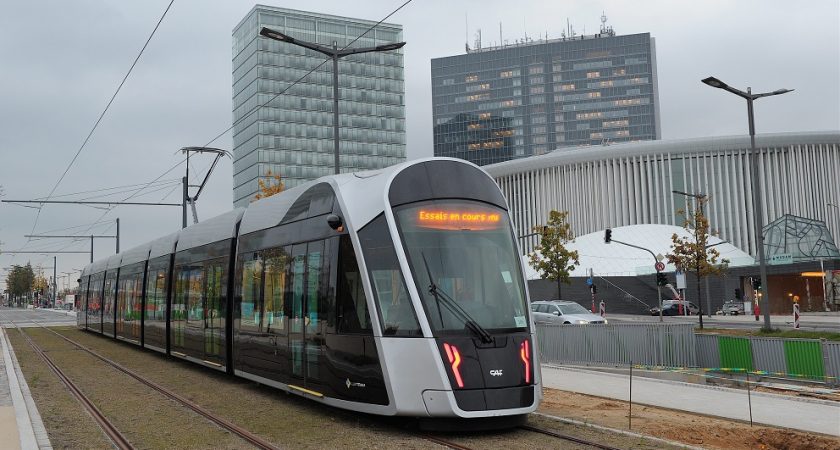 The inauguration of a significant expansion to the Luxembourg City public transit system has been inaugurated this weekend. The event caused much fanfare and press coverage.

Despite significant snow, the Grand Duke, Grand Duchess, other members of the Royal Family, and the Prime Minister all turned out to the launch of the new tram. The addition includes a funicular train and the opening of two new train stops in Pfaffenthal and Howald.

Attending the ceremonies, Prime Minister Xavier Bettel told Luxemburger Wort that “it is an important moment during which we inaugurate a new concept of mobility that brings together the train, the tram, the car, the bike, and the pedestrians and which improves mobility in Luxembourg and in the country”.

The first generation of trams in Luxembourg ran from 1875 to 1964. Then, service withdrew them and Luxembourg removed the tramways.

The new public transport systems will be free of cost until January 31, 2018. Luxembourg has an efficient, affordable transit system in place throughout the country. However, skyrocketing levels of car traffic plague the country. This is due to an ever-increasing number of commuters who come into work in the high-paying country from neighboring France, Belgium, and Germany.