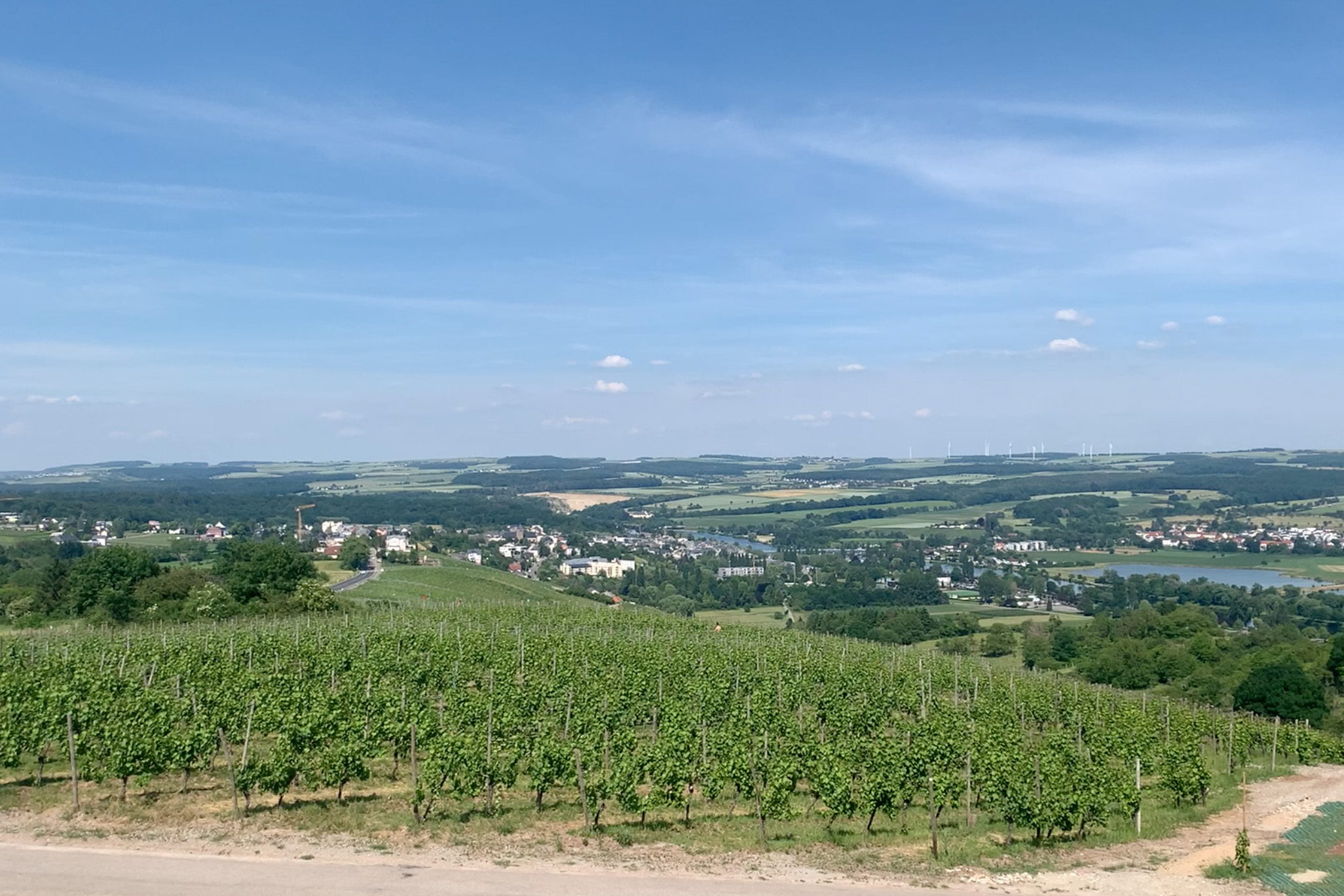 Luxembourg holds a unique standing in the wine world, owing to its special sparkling wines (crémants) and a history that changed the way wine is made there today.

Did you know that Luxembourg has been producing wine for over 2,000 years? There is historical proof that wine has been growing in Luxembourg since the Roman times, but the wine hasn’t always been the same.

For much of Luxembourg’s history, it made high-volume, low-quality white wines (Elbling) that were exported to what is today Germany. However, that is not the case today. We’re happy to share with you a little bit more about Luxembourg’s wine tradition.

Luxembourg’s wine comes from the southeast corner of the country in the Moselle River valley in an area called Moselle Luxembourgeoise. The Moselle River valley surrounds the river of its namesake and the grapes are grown on the hills surrounding the river. This makes for beautiful hiking! The valley runs for about 30 miles and stretches from Wasserbillig down to Schengen in the south. Schengen, as you might know, is also the namesake of the treaty for the European freedom of movement, what we call today the Schengen area. Your Luxembourg passport allows you to live, study, work, and retire because of the Schengen agreement. The treaty was signed in Schengen because the village touches on the borders of Luxembourg, Germany, and France, who also have their own Moselle wine-making traditions.

The wines made in Germany – although they’re just across the border – are a different kind of sweet wine. On the other hand, Luxembourg doesn’t really have a major history of producing sweet wine.

Before WWI, wine production was not such a special or high-quality process. However, after the war, Luxembourg turned inward to local and domestically grown grape varieties. This was in part due to new barriers between Luxembourg and Germany on the Moselle River.

Nowadays, we still have the official label “Marque Nationale” to demarcate that a Luxembourgish wine is officially of this domestic-made quality. This label dates back to 1935 when these winemaking standards changed. 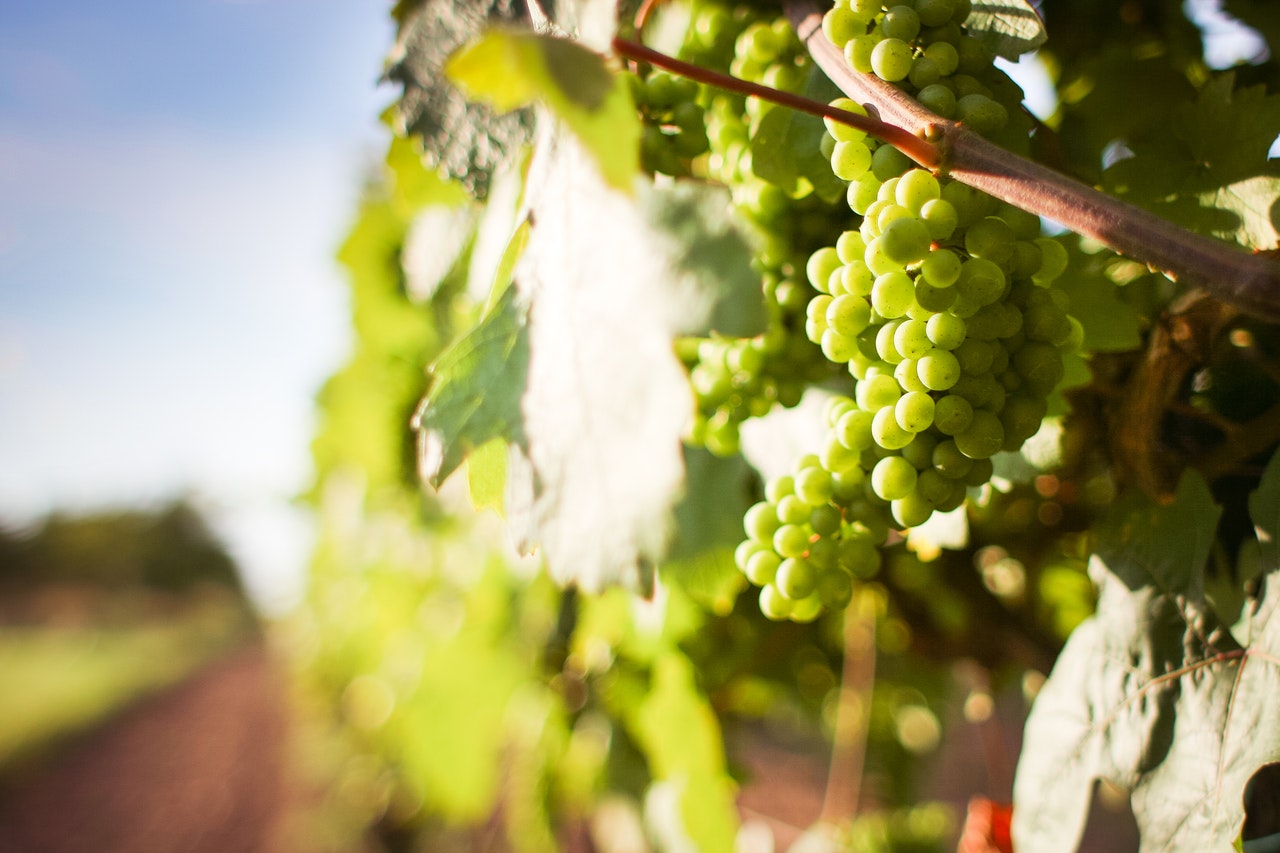 So, What Types of Wines Does Luxembourg Produce?

Overall, Luxembourg produces about 123,652 hectoliters of wine per year across 3,060 acres. About ⅔ of that is exported and ⅓ is consumed at home. The exports largely go to Belgium and Germany. However, there is a small percentage that goes to France, the US, China, and other markets. Luxembourg’s wines have received more and more awards with time. There are about 300 different wine-producing collectives. In general, Luxembourg’s combined total wine-producing area is less than that of some commercial vineyards in California, which makes it a rare buy.

Crémant effectively means just about the same thing as Champagne (it’s French for sparkling wine). But, Champagne can only be called Champagne when it’s from the Champagne region in France. Many people compare Crémant du Luxembourg to French champagne. But generally, crémant is a bit drier, and it’s usually available at a more modest price point.

In addition, Luxembourg makes wine with grape varieties including Pinot Noir (often used to make rosé and crémant), Elbling Rosé, and Saint Laurent (known for being strong and fragrant, made of wild berries, sour cherries, plums.)

Another unique aspect of Luxembourgish wine is that some of the wine growing collectives are designated as being an official supplier to the Grand Ducal court (fournisseur officiel de la Cour grand-ducal), Luxembourg’s monarchy. The well known collective making Crémant Bernard-Massard had held this designation since 1931. So you can drink the same wines as the Grand Duke!

How Can I Obtain Luxembourgish Wine?

In the future, it will hopefully be more practical for dual citizens still residing in the United States to visit and explore Luxembourg’s Moselle wine region. It’s an opportunity to familiarize yourself more with the unique culture that awaits.

In the meantime, though, US residents will be pleased to know that Luxembourg’s wine can be purchased in the US as well. However, there are only a select few distributors in the US that carry real Luxembourg wines. There’s a company called Ansay International that provides the United States with much of its Luxembourgish wine products. However, you can also obtain Luxembourg’s wines within the US through Garland Wines, which is located in St. Louis, MO, and carries the famous Bernard-Massard brand.