Luxembourg is a small but proud country that is significant for its stature. In many ways, this has been thanks to the many banks, investment funds, and global corporations that make their European headquarters in the country.

To combat what it considers a “mixed image” both abroad and sometimes at home, Luxembourg launched the preliminary work behind a consultative “national branding campaign” a few years ago. The goal of the campaign was to understand how both the country’s population and people abroad perceived the nation.

They also aimed to morph those perceptions into something new. After years of surveys and analyses, Luxembourg is ready to launch its newly renewed national brand under the slogan “Let’s Make It Happen”.

What the Brand Means to Luxembourg 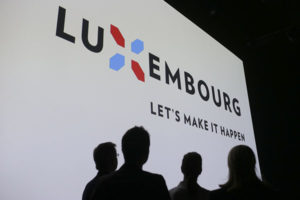 Francine Closener is the Luxembourg Secretary of State for the Economy. She unveiled the “Luxembourg: Let’s Make It Happen” visual identity and tagline on Monday evening.

Closener remarked that the logo and slogan reflect the country’s values of openness, dynamism, and reliability. She placed the emphasis on the “X”, as Luxembourg is a crossroads of different elements.

The government also introduced the inspiringluxembourg.lu website. As a result, they’ll group together existing materials, such as brochures published by different national promotional agencies, into a single site. Further elements of national government pertaining to the country promotion will undergo rebranding in line with the new brand.

Two communications agencies, Binsfeld and Vidale-Gloesener, worked on the campaign. The initiative had a total 2016 budget of €970,000.

This website uses cookies to improve your experience while you navigate through the website. Out of these, the cookies that are categorized as necessary are stored on your browser as they are essential for the working of basic functionalities of the website. We also use third-party cookies that help us analyze and understand how you use this website. These cookies will be stored in your browser only with your consent. You also have the option to opt-out of these cookies. But opting out of some of these cookies may affect your browsing experience.
Necessary Always Enabled
Necessary cookies are absolutely essential for the website to function properly. These cookies ensure basic functionalities and security features of the website, anonymously.
Functional
Functional cookies help to perform certain functionalities like sharing the content of the website on social media platforms, collect feedbacks, and other third-party features.
Performance
Performance cookies are used to understand and analyze the key performance indexes of the website which helps in delivering a better user experience for the visitors.
Analytics
Analytical cookies are used to understand how visitors interact with the website. These cookies help provide information on metrics the number of visitors, bounce rate, traffic source, etc.
Advertisement
Advertisement cookies are used to provide visitors with relevant ads and marketing campaigns. These cookies track visitors across websites and collect information to provide customized ads.
Others
Other uncategorized cookies are those that are being analyzed and have not been classified into a category as yet.
SAVE & ACCEPT
Luxembourg Citizenship Eligibility Test
Upload Certificate of Nationality
Confirm Your Travel to Luxembourg