How The Brexit Will Affect Luxembourg Dual Citizens

”When I went to register in East London, the officer asked me a lot of skeptical questions about how I had Luxembourg citizenship even though I was born in America. Ten days later, I got a rejection letter

A Luxembourg Dual Citizen on Brexit

To read a Luxembourg Dual Citizen’s first hand account of moving to the UK during Brexit, click here. 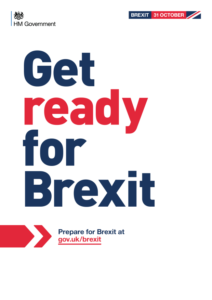 On June 23rd, 2016, the United Kingdom voted in a referendum to leave the European Union. This is often called the Brexit.

After Brexit Day, Luxembourg Dual Citizens and all European citizens’ rights each changed. At the same time, British people’s rights to live in Luxembourg and the European Union also changed. We want to provide both groups with the information they need.

What Will Change For Luxembourg Dual Citizens

Because the future relationship is not yet negotiated, we do not know yet how everything will work in the future. The below is a general guide applicable in 2020. As a Luxembourg citizen, if you ever wanted to live in the UK now is the time to take action.

Working in the UK After Brexit

Studying in the UK

Unfortunately, the UK has not announced its policies on how studying in the UK will change for EU students after the Brexit. What we do know is that as a part of Brexit, the British Parliament voted against maintaining the official European Union study abroad program Erasmus. Currently, European Union citizens studying in the UK can apply to the EU Settlement Scheme until June 31st, 2021. The British Government currently states the following (click link for more details):

Retiring in the UK

While more retirees are probably concerned about recent changes to taxation in Portugal, you may have considered retiring in the UK. If you are concerned about how your rights are affected, please contact LuxCitizenship.

This is an first-hand account of a Luxembourg Dual Citizen moving to the UK during Brexit. The individual does not want to disclose their identity.

“I moved to London in October 2019. When I went to register for my National Insurance Number, the interviewer asked me a lot of skeptical questions about how I had Luxembourg citizenship even though I was born in America. Ten days later, I got a rejection letter for my application. They will not explain why they reject you.

Because the Brexit was coming, I started to register for the EU Settlement Scheme instead. But the app gave an error after it scanned my Luxembourg passport. I still don’t know if this was random or because I didn’t have a National Insurance Number. No one could provide me answers at the telephone support center. I re-applied for a new National Insurance Number appointment. This time, I came better prepared for the questions of the interview. The new interviewer was very understanding about my Luxembourg Citizenship through ancestry. The appointment felt completely different, luck of the draw, I guess. One month later, I received an approval of my National Insurance Number. Then all of a sudden, the EU Settlement Scheme App also started to work. My leave to remain was approved after 4 days, the day of the Brexit.

I am ‘settled’ now. It’s a huge relief because I really like London. Now, I know confidently that I can stay in the UK for 5 years, work here, and use the NHS (free national healthcare system). The Brexit makes me really sad, but I am so thankful to my Great Grandmother that she got me here.